What is the difference between an OMS and DOM? 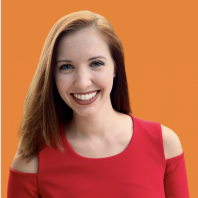 The simplest breakdown of the difference between an OMS and DOM is this:

In the graphic above we can see where DOM fits into the Order Management process. The order management process starts when an order is received. The second step with the location icon is when the order is fulfilled by the warehouse (this is where DOM comes in). In the third step, the order is delivered. Distributed order management (DOM) optimizes the second step in the OMS process. Optimization occurs when looking at each location and seeing what inventory is on hand.

In the graphic above, we have two locations and three different types of shirts (black, orange, and grey). If I needed the orange shirt for an order I would want to fulfill it from the smaller location icon since only the grey is available in the larger icon’s inventory.

Are there OMS Systems without DOM?

Yes, in fact, most legacy or on-premise systems do not have DOM capabilities or very limited functionality for order distribution. An OMS system without DOM capabilities would process the orders through manual selections created by the user. An order management system as a whole manages the entire order process from sales processing, order entry, pricing and credit card validation, and inventory management to invoice allocation.

How does DOM help?

DOM allocates orders automatically and optimally, eliminating human error or decision-making for every order. With DOM capabilities, a business can send an order to be fulfilled by rule-based automation set at a specific location. For example, these rules could be the lowest shipping cost, the location where all items are in stock, or the fastest delivery to the customer. DOM allows multi-item orders to be distributed to multiple locations.

Why do some companies just reference DOM without OMS?

Many companies refer to their OMS purely by DOM. This occurs when confusion exists between the two. As stated earlier, DOM is the optimized fulfillment portion of the OMS which manages and tracks the entire order process. Now we know OMS can exist without DOM functionality. Many companies refer to OMS purely by DOM to highlight they have the advanced portion of the order management system.

Schedule a time to speak with a Deposco Representative